Preston held her 12th Prefects Installation at the School’s Chapel on the 1st October, 2022. The event had in attendance lots of important personalities in the state, our distinguished parents, friends, ever-reliable Prestonians and the multi award-winning De Emeralds Choir ably led by Icon (Dr) Olugbenga Obagbemi.

The ceremonial parade by the school band led by Mr. Ogunleye ushered the processional hymn of Boys and Girls of Spirit where the Prefects appeared bright and sharp having being led by the head of boarding, Mr Ben Omomehin, the directors, members of the senior management team, and our ever-reliable parents.

The head of languages department – Mr. Felix Jegede during his speech affirmed the readiness of these mighty ladies and gentle men who have been schooled, trained and fit for the great task which they have been called. He further charged them on having the right dispositions to their call of duty – to be fair, firm and friendly.

dexterity whilst performing Disney's Pirates of the Caribbean theme. The installation proceedings such as the decoration and badging of prefects, presentation of letters of appointment and taking the oath of office took place before the exceptional performance of our invited choir, a multi award-winning De Emeralds Choir ably led by Icon (Dr) Olugbenga Obagbemi echoed in sweet melodies and pleasing harmonies, the works of James Varrick Armaah and Rev. Yemi Akinpelu (Come let us sing and Victory Anthem respectively)

It was indeed, a pomp!

The officiating minister of the event, Pastor (Dr) Olufemi Olumide, charged the prefects on the leadership skills of Joshua having been handed over by Moses; by not neglecting the gifts in them. He also encouraged them to be good ambassadors of Christ as God’s plan is to make them long-term global leaders. “The first person you should lead is yourself” this, he said to conclude his sermon. Afterwards, he with entire congregation joined voices to pray for the prefects.

The presentation of staff of office and artefacts to the presidency took a new dimension as the Proprietor – Mr. Toyin Ajayi, passionately explained in details, the worth and importance of the ceremony. This led into deep consecration and commitment.

The new president’s address elicited the rapt attention of the audience, as her words were seasoned and promising. She encouraged her members to be self-disciplined, willing to serve and sacrifice – to be a servant-leader even as God requires in Matthew 20 vs 26. She further assured parents, directors, staff and students to be strong and of good courage as they are a new breed of prefects – refined, reformed, refurbished, revived and resurrected ones, who are careful of this position as they are accountable to God. 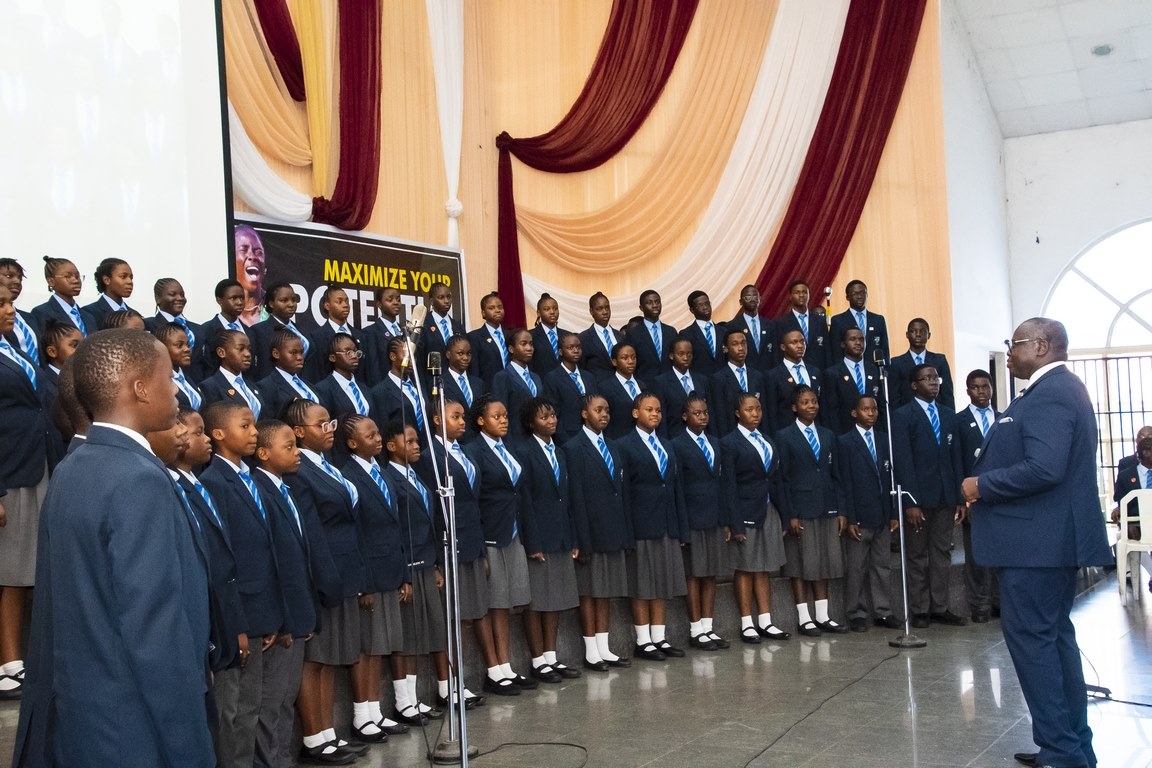 The highlight of the event was the rendition of Zadok the Priest (a British anthem that was composed by George Frederick Handel for the coronation of King George II in 1727) by our astoundingly impressive, celestial school choir, and conducted by the music guru himself – Mr Toyin Ajayi.

We are sure of greater exploits yet, from this young army of God.